You, the curious, avid explorers who love a good surprise…

Yes, we’re talking to you: join us on an adventure into the wonderland of wine cellars given a new lease of life as works of art.

Fantastic architectural signatures for grand crus and a great way to put a fresh spin on the vineyard and surprise everyone. But when it comes to contemporary architecture, you could say “there’s something for everyone”: that’s why your humble servants have put together the very best of Médoc’s artistic gems just for you. Our pleasure… we love it too! 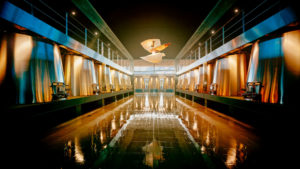 In the beginning, Ricardo Bofill went back into the fold in 1987 and created the Château Lafite Rothschild cellar. 2200 barrels, that’s all: the Italian architect brought to life a circular space with a Greco-Roman feel. Unexpected, secret, surprising… It’s hard to describe this cellar with personality to spare, the first in the Bordeaux vineyard to recapture its magic.

The Alhambra had better brace itself as this is one exotic and avant-garde world you’ve stepped into. Michel Reybier, a.k.a. “the Maharajah of Saint-Estèphe”, owns Château Cos d’Estournel and takes you on an adventure which will set your senses on fire. The cellar is a haven of technology topped by a glass and steel walkway which seeps you in a contemporary and sleek setting. Experience the exciting and explosive deep in a “palace” where wine (obviously) reigns. 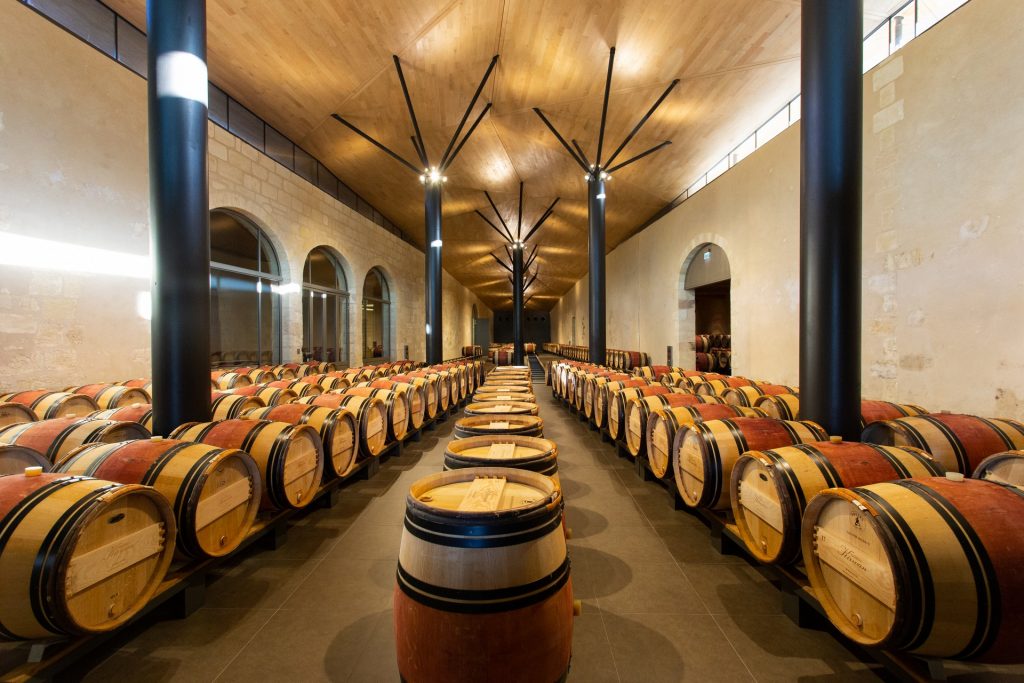 The cutting-edge cellar at Château Kirwan is a feat of technology designed with tours in mind: an 80m2 panoramic room and jaw-dropping vineyard views all in leafy setting where art and nature come together. Bordeaux architects Caroline Marly and Guy Troprès redesigned the space in 2017: sleek lines showcase the tulip-shaped concrete barrels… It took two years to complete but the results are all worth it.

Château d’Arsac was built in the 12th century. Philippe Raoux bought the property in 1986 and threw himself into giving the buildings a future-forward renovation. The architect Patrick Hernandez gave the contemporary art lover a Klein blue cellar to turn his pees green with envy !

Uncover the future-forward and maritime-style cellar behind Château Beychevelles, often nicknamed “The little Versailles of Médoc”: it’s a modern little gem that puts the spotlight on the vineyard’s talent for blending classic and modern styles.

There’s more where that came from

We can tell you liked that so here are some more cellars where fine art meets fine wine. As you can tell, our artistic little taster is only a snapshot of the work between architects and châteaux: